Success Story | How Elysia Hartzell Generated Over $64,500 with Facebook Ads

Elysia was thinking about pulling the plug on her business before she made one simple move. Learn how The Digital Navigator helped Elysia bring in 43 new students and over $64,500 in sales with Facebook Ads!

Elysia Hartzell founded her business in 2015 to help heal people at the soul level.

She saw early success and filled up several classes each time she opened enrollment and promoted her offering to her sizable list of contacts.

However, just a couple of years into the business, Elysia experienced three common problems that many online coaches face.

Still, with the dwindling numbers of new students for her classes, Elysia considered shutting the business down entirely.

Then suddenly, she made one smart move that allowed her to have her most successful launch ever, resulting in 43 new students, none of which she knew before, and over $64,500 in sales!

All of this was generated with one, relatively hands-off 2 week launch that primarily utilized Facebook and an ad budget of $3,000 – which was Elysia’s largest ever ad budget to date.

After spending so much time learning, growing, and developing into a master of her craft, the natural next step, even if it wasn’t planned by Elysia, was to begin to teach others who desperately needed some of what she had.

This is the way so many businesses are founded – pure passion and excellence in one’s core craft.

So, with plenty of passion to boot, Elysia put together a program that she truly believed in.

With the success of her initial launch of her first program, Elysia found that she had created something that was significant to others as well.

Truth be told, Elysia’s website was managed by a guy she was in a relationship with. After going through a break up, she had hired several virtual assistants to make up for the loss.

Still, after a while, it was evident that Elysia had drifted deep into the woods of a complex digital forest, where endless detours exist.

Tools, apps, social media, paid ads, web platforms, and the strategy of how to best leverage all of the above became an issue for Elysia. She was soon overwhelmed.

Elysia’s not alone in this. Most entrepreneurs hit massive roadblocks when it comes to digital marketing.

So how could Elysia break through this invisible wall that traps so many?

First, Elysia got really clear about her business strengths. She admitted…

Next, Elysia homed in on where she could use some support. She recognized…

With these thoughts front of mind, Elysia realized that – after just a few launches of her course – she needed new blood coming into her world if the business was to continue growing.

That’s when Elysia learned about Pol Cousineau, the founder and president of The Digital Navigator.

She heard about The Digital Navigator and how we help online coaches and educators create coaching and membership websites to sell their digital products online.

Soon, she was on the phone with us to learn how The Digital Navigator could empower her website aims from the ground up!

Pol then said to Elysia, “Your success is my success and I want to help take your business to the next level.”

“I never even thought of Pol in that way. I just thought he was the guy that would put my course online.”

With Pol’s guidance, Elysia decided to take a leap of faith and increase her ad spend budget to $3,000 – which was not an easy decision.

To this point Elysia had done seven launches–making the launch of her certification course her eighth. She had spent money on Facebook ad campaigns to help promote her classes before, but spent no more than $1,000.

What was the solution that sold Elysia on the idea?

First, The Digital Navigator team built messaging and a sales system unlike anything Elysia had created before.

Everything was mapped out according to a specific calendar of events that would happen from the launch to the closing of the campaign, in an effort to fill her certification course.

When it was all ready and live, the campaign kicked off with the first ads and shut down in just two fast-paced weeks.

Being one of our very first customers, Elysia admittedly did experience some technical issues during her campaign that could have derailed the whole effort.

This is the kind of thing that gets a lot of people and they never see it coming.

But when you have a team who is both technically and marketing proficient, and really cares about your success, you can conquer these challenges–that’s what The Digital Navigator sets out to do now, and we did it for Elysia then.

“Pol went above and beyond to help make this launch happen. Pol and Kathleen were there for me and went out of their way to fix problems that came up. Pol was with me every moment and every step of the way to walk with me all the twists and turns of this campaign. And he did it with the constant attitude of calm and peace.”

Amazingly, as that campaign shut down, Elysia’s business and the internal fire she needed had sparked anew.

The campaign brought in 43 new students, most of whom Elysia did not know.

This was good news because it meant that the strength of the campaign was successful in turning cold audiences into high-paying customers…and that’s what builds sustainable businesses.

Get a Marketing Makeover Intensive

The success of this campaign is a microcosm of how Elysia has benefited from her relationship with TDN.

The team has helped put systems in place to help Elysia move forward at a steady pace.

She no longer frets about the complexities of digital marketing and technology, because she has a trusted partner.

Elysia has more financial strength and clear direction now that she has TDN on her team. The sky’s the limit to what we’ll see from Elysia Hartzell.

After a couple of years of working with the TDN team, led by Cousineau, Elysia has this to say:

“I really trust Pol and I feel like he really understands my mission and business. So I feel like I can put things in his hands and they will get done. Having someone on my team that understands my heart and mission is really important to me.

Pol is so great because he’s always learning and getting the latest information so I feel like I can trust him to get things done and stay on top of the latest changes so I don’t have to do it.

Pol is really in tune with me and he gets me and he’s infinitely patient with me. I can be honest with him and he keeps his patience with me.

I love having TDN as a part of my team. It’s given me so much confidence. After doing this launch, which I was so afraid of, I feel like the sky’s the limit to where we can go. I just can’t say enough good things about them.”

Want similar results as Elysia for your coaching business online?

Reach out to us to schedule a free consultation, and we’ll provide some actionable next steps you can take to succeed (with or without our help!).

Elysia Hartzell is a highly intuitive spiritual healer and teacher.

In 2016, she created the transformational healing modality and business, Sacred Soul Alignment.

Before becoming a skilled healer and teacher, Elysia spent more than a decade studying a vast variety of spiritual practices and modalities that center around energy healing, spiritual evolution, divine connection and manifestation. 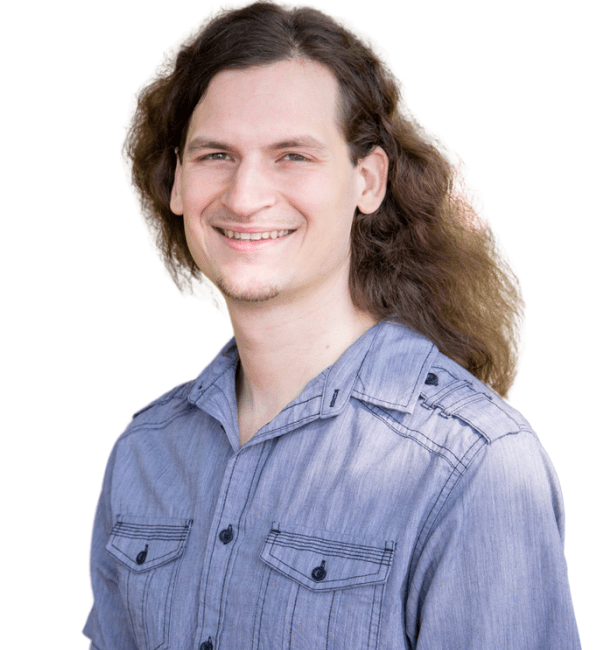 How to Accept Payments Online | Top Payment Options for Your Business

What are easy simple ways for you to collect payment through your website? Sometimes you don’t need full eCommerce functionality such as product catalogs, shopping carts and dedicated checkouts.

END_OF_DOCUMENT_TOKEN_TO_BE_REPLACED

Maximize Your Revenue with THIS Effective Upselling Strategy

The offer provides additional support, additional value or complimentary products and services at a discounted price. There is a button to accept the offer at which point their credit card is automatically billed without them having to enter their payment details again.

END_OF_DOCUMENT_TOKEN_TO_BE_REPLACED

Wish you could make over $100K with your content business? Want to know how to make money as a content creator? Read this article series to learn about the process we use to help today’s content creators make MORE money with their content online.

END_OF_DOCUMENT_TOKEN_TO_BE_REPLACED

eCommerce Platform Review WooCommerce vs. Shopify | Full Product Comparison Guide Want to know if WooCommerce is right for your online sales process? Compare it with other popular eCommerce platforms in this quick product guide.Step 1 How to Choose the Best eCommerce...