President of The Digital Navigator

Ryan Levesque interviews Lori Williams on her success implementing the Ask Method with The Digital Navigator.

Lori Williams is a Controlled Remote Viewer (CRV) – now referred to as a Practical Remote Viewer – and learned how to do remote psychic techniques from Lyn Buchanan – founder of the Psychic Spy program.

Lyn’s legacy is the basis of the George Clooney movie, “Men Who Stare at Goats.” There’s also an Amazon Prime documentary Lori was in called “Third Eye Spies,” which portrays the same practice.

In 2010 she launched a website and over the next several years with the rise of digital marketing and the growing popularity of digital informational programs and courses she began to envision 6-week digital video courses that would allow more people access to her training and provide residual income.

In the effort of growing her internet-based automated courses, Lori’s road proved to be long, costly, and bumpy – like so many other entrepreneurs finding their stride in the fast-evolving digital landscape.

But a break came when Lori met Pol Cousineau, the founder and president of The Digital Navigator.

In July 2019, Lori faced her fears and, with the help of the TDN team, successfully launched her 6-week Practical Remote Viewing Online Course and picked up 688 new leads and brought in $155,355. And she did it all in just two weeks and with a mere $1,050 in Facebook Ad spend.

With over 20 years of experience as a remote viewer, she has been teaching Basic, Intermediate, Advanced, and several post-advanced professional CRV courses as well as several other related remote viewing courses for many years.

Although she uses more of her own curriculums and is creating new material, some of the curriculums she still utilizes were written by Lyn Buchanan, author of “The Seventh Sense” and a distinguished remote viewer who retired from the Stargate remote viewing unit.

Lori knew nothing about internet marketing or website building until she attended a seminar by Brenden Brushard who said, “If you’re not making money from your website then you should just shut it down.”

She then bought the Ask Method Course and somehow ended up on Jeff Walker’s list with the ‘Product Launch Formula.’

Lori ended up in a small group with Pol Cousineau, founder and president of The Digital Navigator, as a part of Jeff Walker’s mastermind group, which is how the two met.

She had learned a lot from being a part of all these high-level internet marketers’ groups but she had two critical problems – she knew nothing about technology and she didn’t know how to build and run digital marketing campaigns.

Essentially, like countless other students of industry-leading marketing experts, she had acquired all this lofty head knowledge but couldn’t implement any of it.

But Lori had a vision of producing her first digital video course teaching her military-style of Control Remote Viewing
So she hired a talented videographer who had produced a popular documentary that can be seen on Amazon Prime. With these credentials, Lori was happy to pay him $30,000 to help her film and produce her first video course.

The plan was perfect.

The videographer would film the entire course and produce it. Then, she had also hired Pol to take those assets to build Lori’s membership site.

Lori and her videographer spent 6 weeks filming the entire course.

The videographer was supposed to turn around the video files within a few weeks. He was hit with personal problems and then more personal circumstances. A few weeks turned into a few months and ended up being a full year with nothing completed by this videographer.

Lori started producing her own work for the course and confessed that she liked what she was producing a lot better than what he was submitting.

Lori and Pol would have to move on if her vision was going to ever see the light of day.

Lori commented, “I chalked it up as the cost of my ‘MBA’ in the road to entrepreneurial success.”

Lori also remarked about how patient and helpful Pol was during this difficult time of waiting for this videographer to deliver his renders. On the other hand, she raved about how she tells everyone about Pol at conferences that she attends.

Lori finally produced all the pieces of the course herself. Still, she realized that even though she had all these pieces of the puzzle, she was still not technically capable of building a true digital course and membership website where the program would be housed.

She confessed, “I needed the glue to make it all happen and Pol was that glue.”

Pol took many things off of Lori’s plate that needed to be done – beyond the technical side of things.

He then helped me lay out a game plan to make that happen in the best way.

Lori admitted, “Jeff Walker wanted me to do a case study for him to discuss how I had success with this $150,000+ launch. He ultimately didn’t use my case study at all because I spent the whole time talking about Pol and how he made it all happen. None of this would have been possible for me without Pol. Jeff Walker provided the blueprint but Pol was the key to implementing the entire vision. Mindset and strategy are great but Pol was the bridge to implementation.”

Since Lori, in her own words, is no longer a “spring chicken” she wanted to start transitioning all of her in-person presentations to 6-week digital courses that would allow her to have more free time and that would live on beyond her own years.

She also realized after attending a Brenden Brushard event in 2015 that she could begin to teach Controlled Remote Viewing to people who’ve never heard of it before.

“I really wanted to get out of the hamster wheel of having to always teach ‘in person’ and get to where my courses were automated, which I had NO clue how to do. I wanted to create a sustainable residual income from my business. And secondly, I wanted to do more than teach the best selling authors, celebrities and high-society people – I wanted to reach everyday people with my message.”

More Walls to Blast Through

As mentioned earlier, Lori hired a woman to build her first website in 2010. Then, in 2012, she worked with a guy who was really artistic and made a lot of contributions to the logo and colors.

Lori worked with this guy for a couple of years with him being the webmaster. He created a lot of customized coding on her WordPress website before there were plugins that could be easily integrated into it.

Still, her site was nothing more than an informational digital file, not a lead generating, sales converting, business building website.

That guy moved on to other things after a couple of years so that by 2015 Lori had no one to help her with her website. 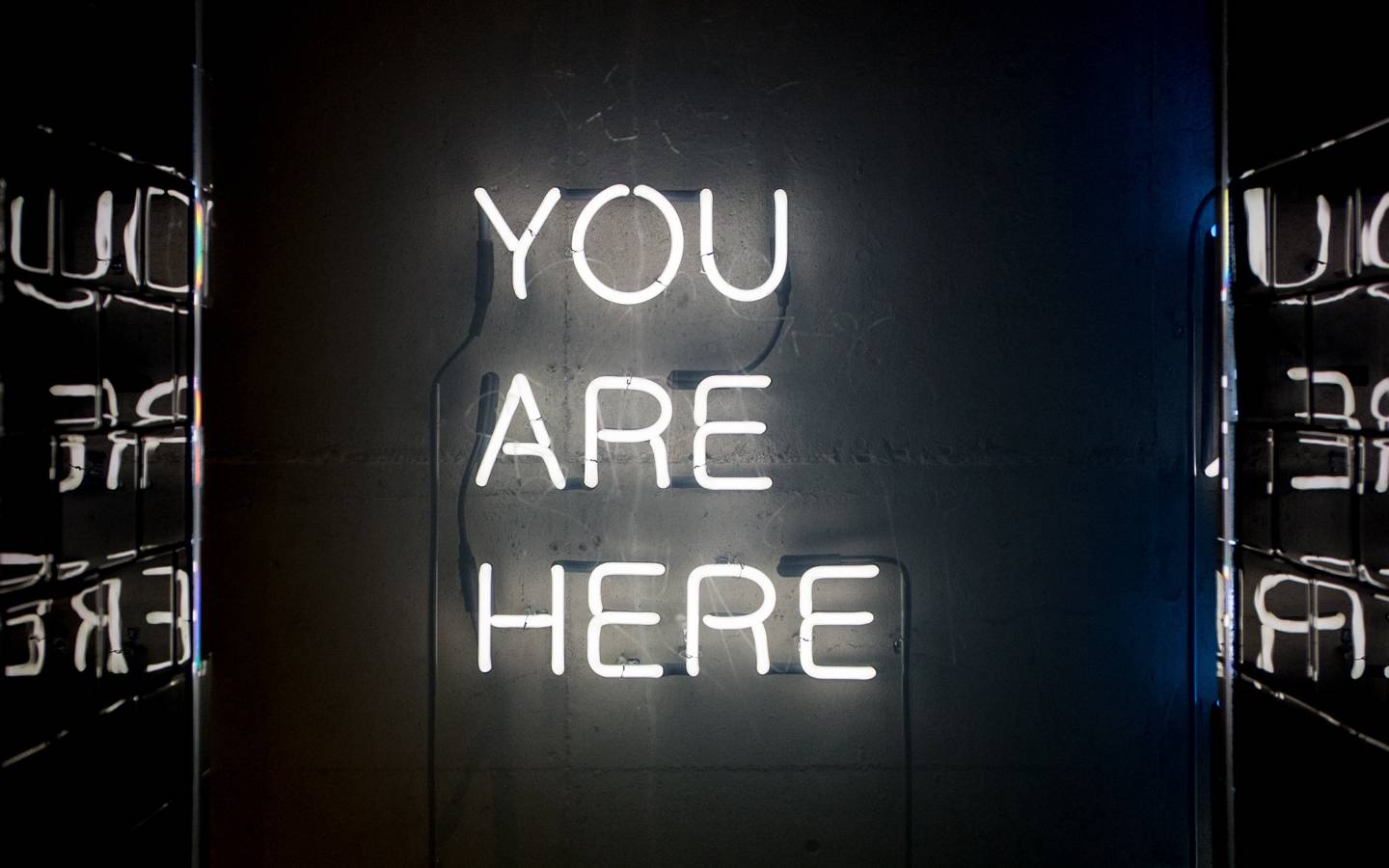 So she did what many people do – she went on a spending spree.

She became a founding customer of New Kajabi – which she hoped to use as her website/membership site platform. She bought into Infusionsoft – which she would use as her CRM. And she also bought MailChimp – another CRM – and Zapier and the list goes on and on and on.

She reasoned that if she just bought all of these things and hooked them all up then she would be able to have success.

But after more dead-ends and years of work with not much to show for it, Lori was emotionally spent.

She lamented with her husband about overspending – $15,000 for one mastermind, $30,000 for another vendor that failed to deliver, tons of money on all these tools, coaches, courses, and services that ultimately didn’t produce the results she wanted.
Her husband encouraged her by saying, “You got Pol and The Digital Navigator team out of all of that.

Fear of the ‘Launch’

This undoubtedly created fears of actually launching when Pol was encouraging her to do so. After the mixed bag of results from years of ups and downs, once Pol came into the picture his job was to help Lori launch her course.

Pol eventually sensed some resistance in Lori when it came to launching. In a conversation Pol had with Lori, she admitted that she was afraid to ‘launch’ – as it were.

Every time Lori chatted with Pol about how a launch campaign would work, she felt like she had more revelation that settled her fears of the unknown.

She finally got on board and was ready.

When Pol and The Digital Navigator team began working with Lori in 2018, the team went to work on Lori’s website bringing it up to speed in a multitude of ways – load time, SEO, getting rid of old, clunky code, and much more ‘under the hood’ work.

But Pol wanted to help Lori officially ‘launch’ her Practical Remote Viewing Online Course, which would set her business on a more profitable path.

So in May of 2019, when Lori was finally ready, they planned a launch. Pol was scheduled to be on a vacation during the time they were considering the launch, to which Lori said she didn’t want to do without Pol being there.

So they settled on July 2019 as the launch month.

After The Digital Navigator team had built the top to bottom marketing funnel, connected everything and published it online, they started the Facebook Ads with a budget of $1,050.

It wasn’t long before Lori was flooded with thousands of questions and requests from interested prospects, new leads, and new customers.

When new customers enrolled many folks sent requests for help with login and password issues.

These issues hit like a 40-foot wave crashing down, which meant that Pol and his team were all hands on deck, around the clock, for 3 days straight. Through all of that, Pol went above and beyond his job to jump in and help Lori meet the demands of the overwhelming response.

When Lori held webinars and had live segments she confessed that she would have been at a loss without Pol. He was literally right there with her, telling Lori which buttons to push and when to push them all the way through. As people asked questions during the live webinars, Pol was right there helping Lori answer all the technical questions.

As a result, Pol and his team were there to help Lori through all the technical challenges that she faced in the launch of this program.

The 2-week campaign was a clear victory. Lori had successfully launched her first 6-week automated digital course. She had learned how to finally start generating leads and converting them into customers using social media and paid ad campaigns. She finally had a website that was more than a business card- she had a web-based business.